Solar energy is the cleanest, most abundant renewable resource on the planet. Solar power systems capture energy from the sun and convert it into electricity. According to the U.S. Department of Energy, the amount of sunlight that hits the earth in just 90 minutes is enough to handle the world’s energy consumption for an entire year.  Because of its massive potential, the solar market in the U.S. has grown at an average rate of 42% each year over the last decade.

When you use solar energy to power your home or business, you can significantly reduce your utility bills, gain energy independence and contribute to a more sustainable environment. At Solar Alliance, we help residential and commercial customers harness this unlimited energy supply with customized solar solutions.

The Benefits of Solar Energy

Solar energy is an unlimited natural resource that homes and businesses in the U.S. are using at an increasing rate. Consider some of the many advantages of switching to solar power.

Using solar power helps significantly reduce or eliminate your utility expenses through energy independence. When you have solar panels installed on your home or business, you’ll gain a free, reliable energy source that delivers a rapid return on investment. Because solar power isn’t dependent on non-renewable fossil fuels, you’ll also be protected against electricity price spikes for more predictable costs and greater savings over time, also known as ‘peak shaving’.

Solar panels provide significant environmental benefits. They are a green alternative to traditional energy production, which burns non-renewable fossil fuels to generate electricity. This process is extremely harmful to the environment and people’s health, as it creates the country’s second-largest share of greenhouse gas emissions. By making the switch to solar, you can help reduce those dangerous emissions and create a healthier environment.

Solar panels have a typical life span of at least 25 to 30 years. A solar microgrid is a network of solar panels that power a local community and can switch on and off from the main electric grid. When a community uses a solar microgrid, it gains even more reliable power with a backup energy supply. Solar energy is also renewable, so it will not run out. 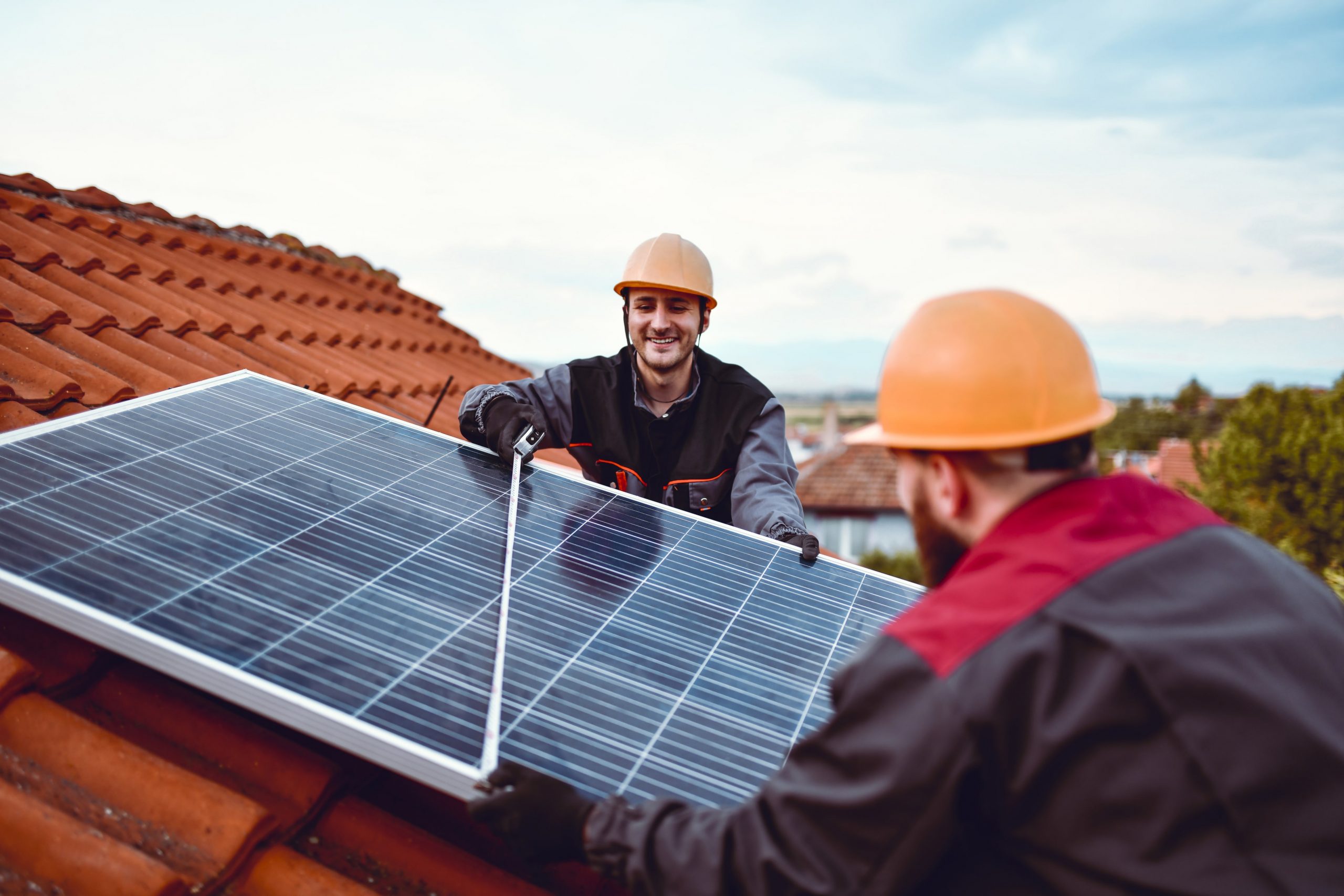 Solar panels need very little maintenance to work effectively. They have many durable properties that resist the damaging effects of the elements and wear and tear, helping to minimize maintenance and repair work over time.

Installing a solar system updates your home or business’s exterior and increases its curb appeal. Potential buyers will pay more for a property that comes with a built-in, clean energy power supply that will help them save money over the long run. 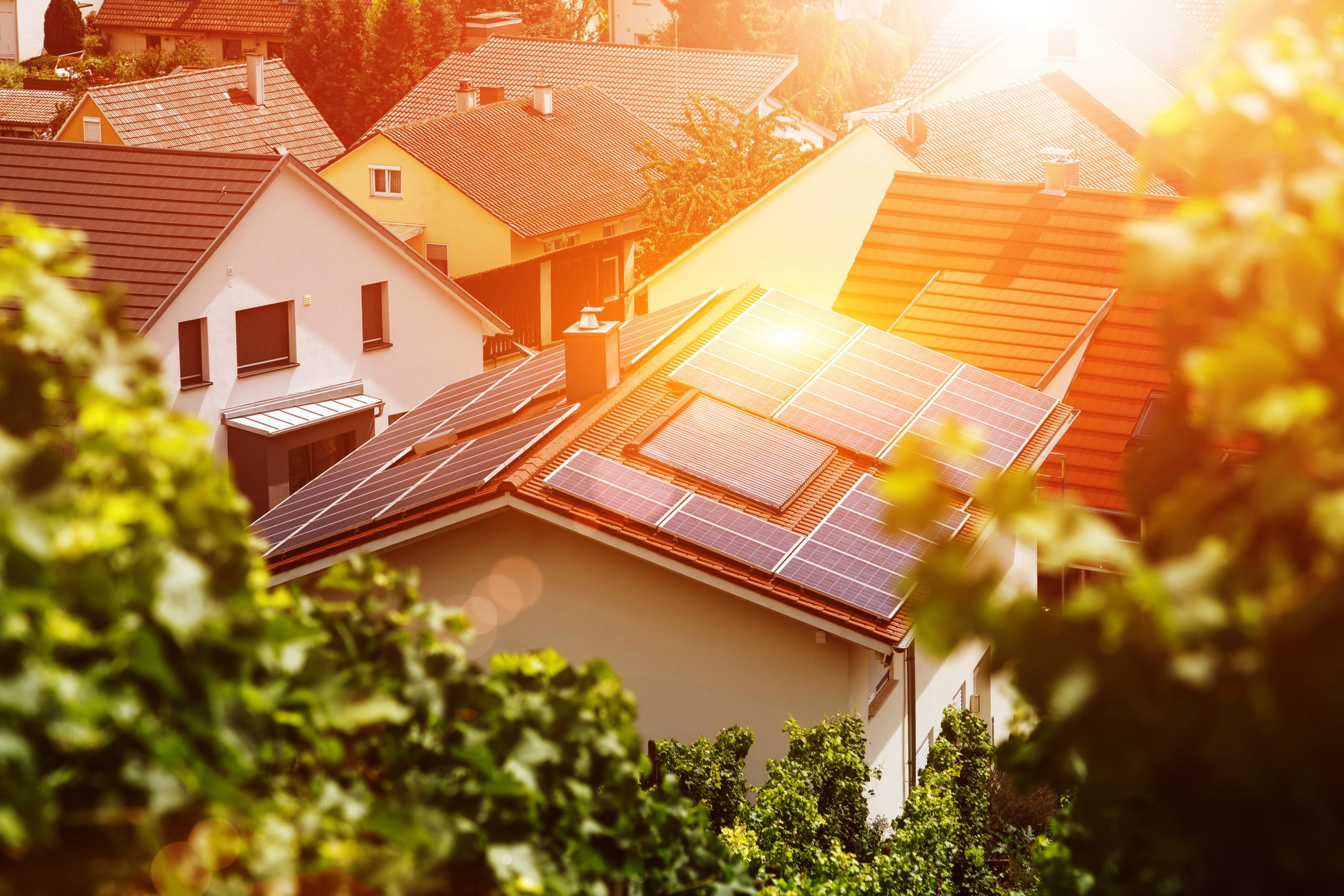 How Does Solar Work?

Solar technologies absorb sunlight and turn it into electrical energy. Solar panels are typically installed on the roof of a home or business, which has a large, unused surface area to accommodate numerous panels. With a solar microgrid, solar panels are installed in a central location and connected by wiring to nearby homes, businesses, farms and other types of facilities.

Solar panels can absorb sunlight anywhere at any time. Even when it’s storming or cloudy, solar panels still collect the sun’s energy. That energy is then converted to meet the demands of your energy consumption.

In some cases, your solar panels may generate more power than you use. This excess energy is typically stored in solar batteries for later use. The higher your battery’s power capacity, the more energy it can store.

How Does Solar Generate Electricity?

Solar panels generate electricity by converting sunlight into a usable power supply. They are made up of photovoltaic (PV) cells, which capture sunlight. The cells are surrounded by a sturdy metal frame and special glass casing, forming a panel. Solar panels are typically grouped in an ordered series known as an array and placed on roofs or other large outdoor spaces.

There are several steps to power generation with a solar PV system.

2. The Electrical Current Is Converted

The electric current generated by the interaction between sunlight and PV cells is known as direct current (DC) electricity. The DC electricity travels out of the panel and into an inverter, a device that converts DC to alternating current (AC), the type of electricity necessary to power most buildings. Typically, inverters are configured as one unit for all the solar panels or as individual microinverters behind each panel.

3. The Converted Electricity Powers Your Building

Once the solar energy has been converted, it runs to your electrical panel, which distributes the solar power throughout your home or business.

Why Choose Solar Alliance for Your Solar Energy Needs?

At Solar Alliance, we specialize in the design, construction and installation of solar systems for homes and businesses in Kentucky, Tennessee and throughout the southeastern United States. Our engineers and technicians are accredited by the North American Board of Certified Energy Practitioners (NABCEP) and have the expertise to create the perfect, customized solar solution for your unique needs.

When you work with us, you’ll get competitive, transparent costs without any hidden fees or upcharges. We make our pricing straightforward and easy to understand so you know you’re getting the best value on your solar system. 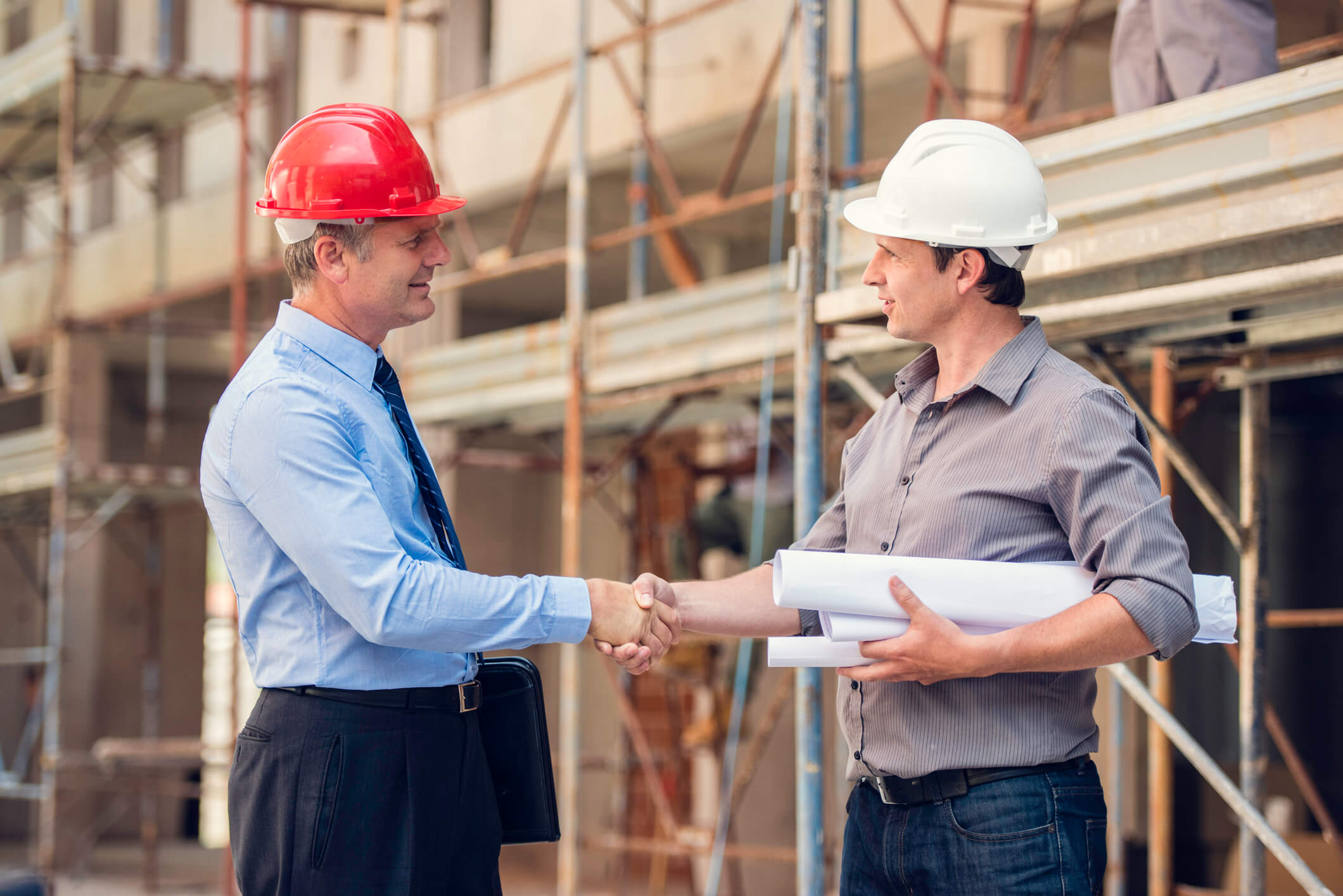 By switching to solar, you’ll be making a sustainable choice for the future that can also save you a significant amount of money over time. Contact us today to learn more about how your home or business can benefit from our solar solutions.

Get Started With Solar Today